Few things are more rewarding for a musician than to witness bodies moving to the rhythms of our music. I have been thrilled to play live and compose and record for dancers. I enjoy collaborating with experts in other creative fields to experience what is born of the alchemy of our teamwork.

I created a soundtrack for a piece called Myrmidons for Montreal-based dancer Lucy Mongrain. She asked that the music be composed entirely for bass guitar and rented for me a Boss Bass Synth effects pedal to enable my sonic tapestry to encompass all sorts of wild spacey sounds in keeping with the sci-fi theme of her piece. I relished the challenge of composing to a very strictly structured framework of time which she outlined for me in detail. The final production was mounted for Bravo television in 1996.

My second effort was performing live as part of a piece called Superglue with dancer and York University dance instructor Sara Porter. Along with Jessica Runge of Toronto Dance Theatre, we mounted the piece as part of the Fringe Festival week-long presentation of Dusk Dances in Toronto’s Withrow Park in July of 1999.

In the spring of 2002 I composed and recorded music for a 50-minute movement-based performance piece entitled Flight by Michelle Horacek.

Since 2007 I have been a regular live music contributor to Kathleen Rea‘s longstanding Wednesday evening Contact Dance Jam which takes place at Dovercourt House in Toronto. I love the experience of play WITH and not FOR the dancers. I have also contributed music to two of Kathleen’s dance films.

In March 2011 I composed and recorded music for Under These Cloaks by choreographer Genevieve Nolet performed at York University.

In the spring of 2012 I composed and recorded music for Calling Out the Bones, a dance video created by Genevieve Nolet (see video page). I also provided music for Groundswell, a dance film by Suzanne Liska, Kathleen Rea and Lee Walder.

On September 2, 2019, I present the inaugural edition of my new monthly dance event, Synergy Dance Lab at Array Space in Toronto.
Syn•er•gy: the interaction or cooperation of two or more organizations, substances, or other agents to produce a combined effect greater than the sum of their separate effects.

The first Monday of each month, I invite all movement lovers to explore freely with my musical voices on the sprung laminate flooring of this beautiful, accessible space near King and Bathurst. No experience necessary. All levels of experience welcome.
After the hour-long open jam, public will be welcomed to witness improvisational performances by volunteer dancers from the jam, with one pre-confirmed feature performer (or duo). Choose the instrument you want me to dialogue with and enjoy experiencing that special magic that can happen when sharing your creativity with an audience in a very supportive, low-pressure environment! 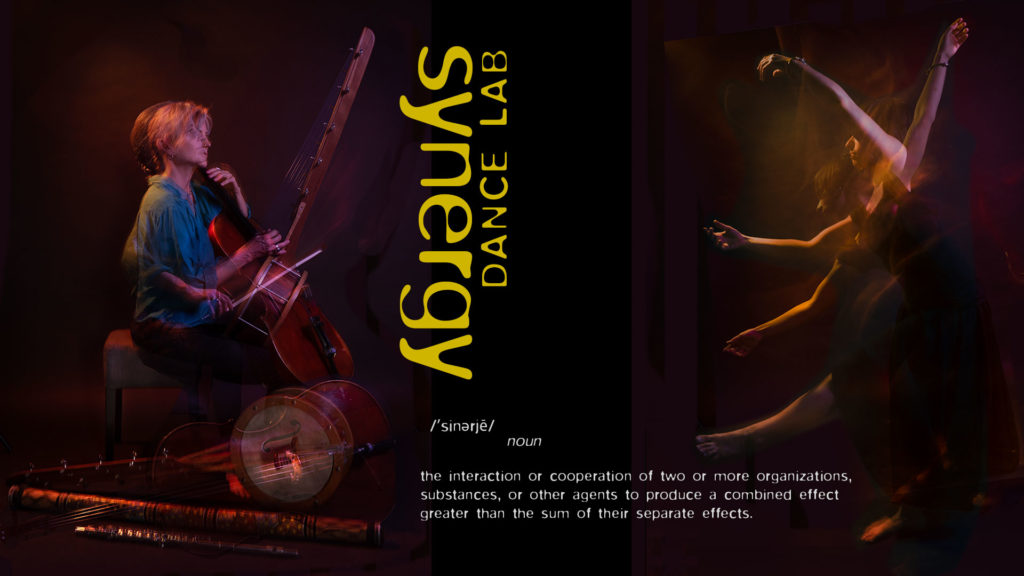 I had the good fortune to have the opportunity to create music and sound design for Nightwood Theatre‘s production of Wild Dogs in the fall of 2008. Having been an actor and theatre major, this represented a delightful full circle for me back to the theatre world I left behind in the late ’80s as music took my focus. It was a rich and rewarding experience and I do hope to find further opportunities in sound design for theatre.

Wild Dogs got many rave reviews. David Bateman at Xtra Magazine had this to say: “Jennifer Gillmor’s music and sound design is beautifully wrought but there simply is not enough of it.” (Hear samples.)

In June of 2009 I collaborated with director Evalyn Parry and actor-writer Tawiah M’Carthy on a workshop production of the one-man play Obaaberima. It was presented at Buddies In Bad Times Theatre and went on to win the Dora for best production in 2013.

I have now collaborated twice with Suzanne Banay Santo‘s Baba Yaga Ensemble, creating sound design and live music for two workshop productions. Northern Light was performed at The Inner Garden in March 2012 followed by They Told Me To Tell You in May.

January and February of 2015 saw my second sound design for Nightwood Theatre working with director Kim Blackwell on the new play Her2, by Maja Ardal. (Hear samples.) This piece involved numerous creative movement sections with the whole cast so there was a lot more music required than is typical in theatre. Here’s what Maja had to say about my work:

Your work on this show was fantastic! Classy and sensual and extremely sensitive to the underbelly of what was being created in performance. Thank you so much!

In March 2018 I was sound designer for Love and Information, directed by Tanja Jacobs and Alistair Newton for Canadian Stage.